By Scott Stiffler on October 10, 2019   Community Voices, Pets & Their People 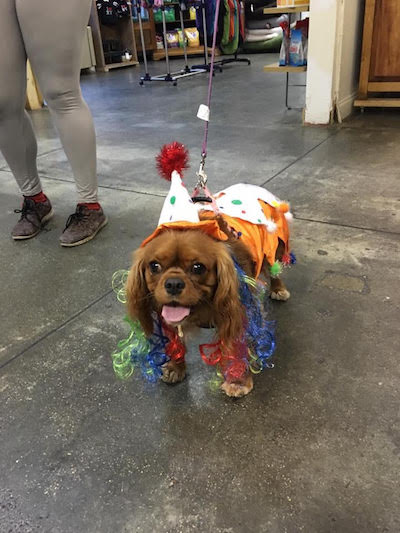 BY CRAIG M. DE THOMAS AND IZZY | Lady Isabella Von Craig, The Princess of Manhattan, The Doggy Duchess of Chelsea, and, most usually known as Izzy, hails from Oklahoma. After seeing pictures of her and falling in love, I flew her to NYC. She was eight weeks old to the day when she arrived. I recall […]

For the Kids: The Fun, Fun, Fun Fall Edition 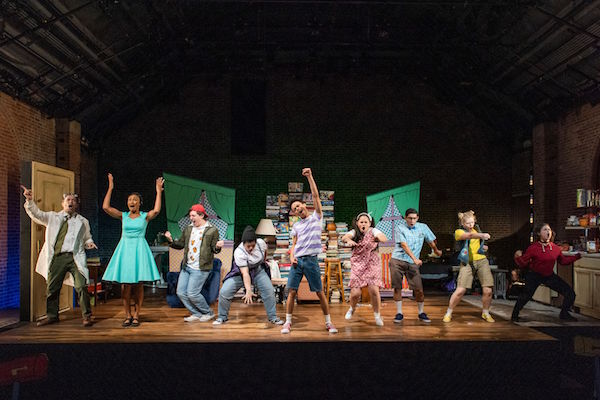 ATLANTIC FOR KIDS PRESENTS “THE BIG ONE-OH!” | Atlantic Theater Company’s Atlantic for Kids programming series proudly presents The Big One-Oh!, a world premiere musical based on the novel by Academy Award winner Dean Pitchford (Fame, Footloose). Charley Maplewood is about to reach a milestone: He’s about to turn 10! He has never been one […]

By Scott Stiffler on October 6, 2019   This Week in Chelsea, Today in Chelsea 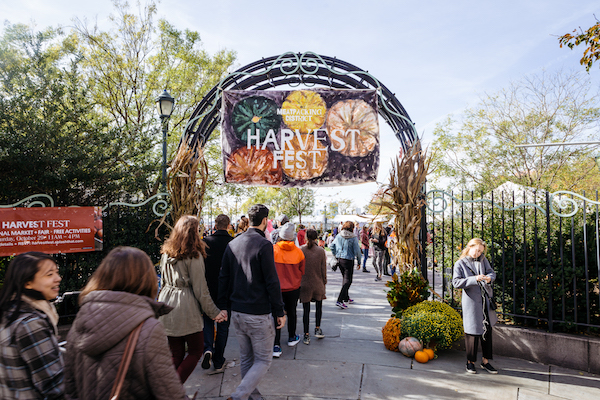 Saturday, October 12 and Sunday, October 13: High Line Open Studio | Talents can be discovered and artwork can be purchased directly from the artists, at studio prices, without a gallery markup (which can be 50% or more), at this free, self-guided walking tour, taking place Sat., Oct 12 and Sun., Oct. 13, 12-6pm. More […]

BY SCOTT STIFFLER | “Human and humane” is the apt description of Palissimo Company—artistic director Pavel Zuštiak’s dynamic, deeply affecting, 2004-founded collaborative platform for research, development, and production of live arts, whose exploration of the human condition captures the imagination and stirs the soul. Merging, they tell us, “the abstract aspects of dance with the […] 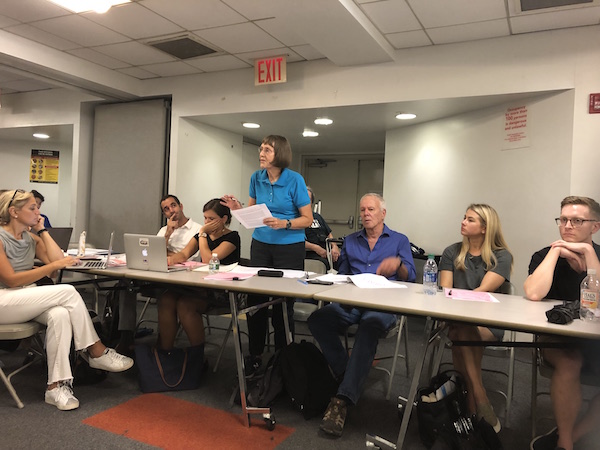 BY WINNIE McCROY | Community members gathered at W. 26th St.’s Hudson Guild Elliott Center on Wed, October 2 for the monthly meeting of Manhattan Community Board 4 (CB4). As rain gently buffered the windows of the Dan Carpenter Room, inside, discussions got heated over attempts to privatize Fulton Houses and proposed changes to a […]

Stanley Bard Returns to Chelsea Hotel, for Less Than One Night Only 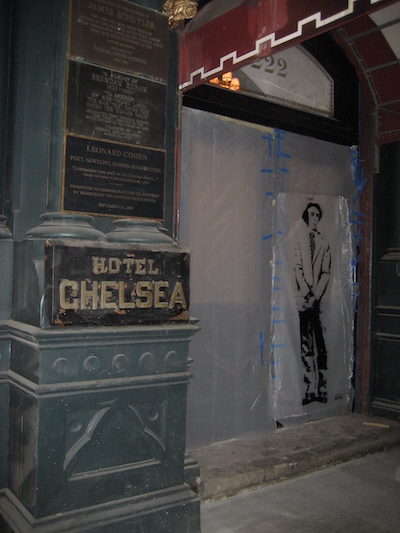 BY DEBBIE MARTIN | Heartbroken, like many fans, of the Chelsea Hotel’s continuous closure, the UK-based stencil artist known as Stewy celebrated the creative life of the hotel by creating life-size stencils of Dyaln Thomas, Quentin Crisp, Patti Smith, and former Chelsea Hotel manager Stanley Bard (depicted in the photo to the left). You can still finds […] 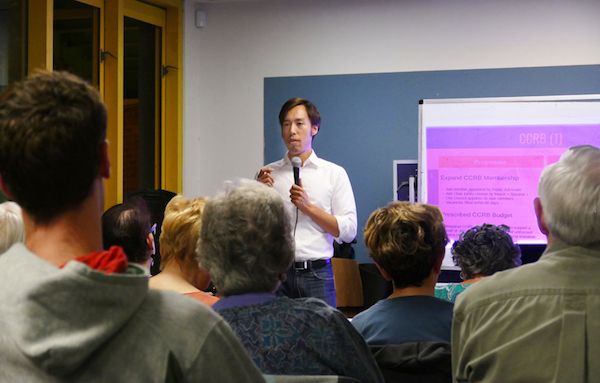 BY DONATHAN SALKALN | In the upcoming November 5 general election, New York City voters will be asked to vote “Yes” or “No” to 19 proposals in amending the NYC Charter. Because comprehending such an enormous sea of tiny print would be an exhaustive task—possibly taking some voters to use all the polling hours between 7am […] 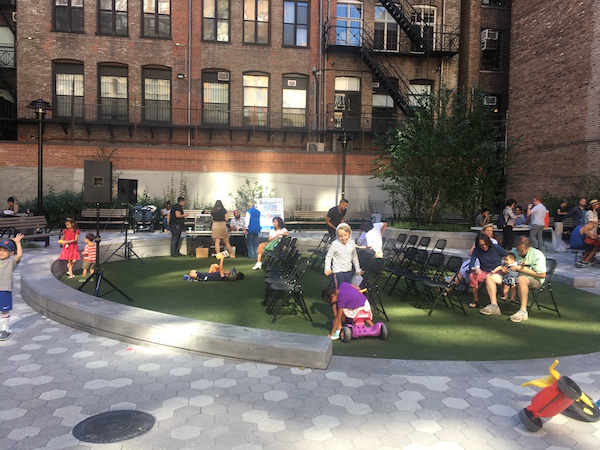 BY MARK NIMAR | Cycle 9 of NYC’s annual Participatory Budgeting process commenced last Sunday, with a neighborhood meeting at Chelsea Green. Located at 140 W. 20th St. (btw. 6th & 7th Aves.), the recently opened micropark was created, in part, with funds from its win as the top vote-getter of Cycle 4. Participatory Budgeting […]

By Scott Stiffler on September 29, 2019   This Week in Chelsea, Today in Chelsea 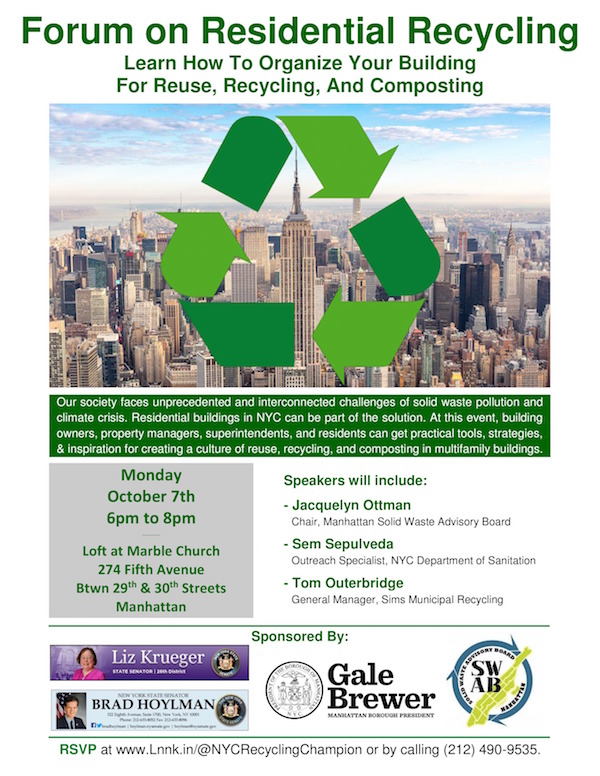 Wednesday, October 2: Manhattan Community Board 4 Full Board Meeting | It’s a love letter to anyone who’s ever come across construction in their neighborhood and said, “But nobody told me about that.” CB4 meetings provide early warnings for things to come, as the board reviews and debates everything from rezoning to liquor license renewal requests. […] 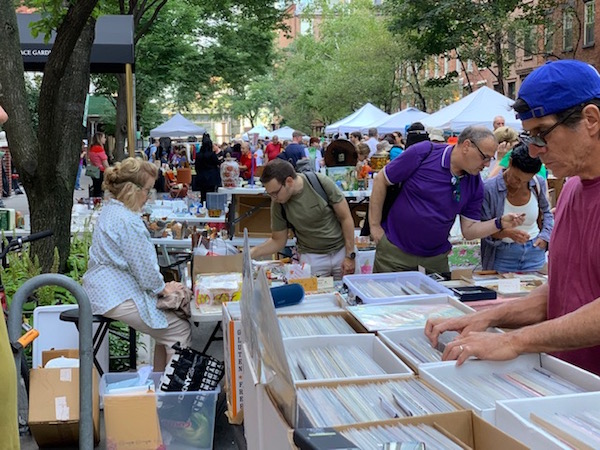 The 27th Annual London Terrace Street Fair was a smashing success. Friends, neighbors, and visitors from around the world leisurely traversed the length of ‪West 24th Street, between 9th and 10th Avenues in Manhattan, shopping for a few things to beautify the home, or just a memento of the day. There were vendors of arts, crafts, clothing […]