Conversational Tips for Fall: Here’s What to Say and Not to Say!

BY MICHAEL MUSTO | In May, when a lot of venues in post-vaccination New York City were reopening, I noticed a burst of renewed glee in socializing. After such a long lockdown, people were understandably thrilled to be face to face again and they got right back into it as if it had never been […]

Can We Please Throw Out the Culture of Recycling?

BY MICHAEL MUSTO | With more entertainment venues than ever, you’d think there’d be record-breaking amounts of originality for our viewing pleasure, but instead, we’re facing an avalanche of cultural recycling. To fill all those channels, services, and theaters, producers have resorted to exorbitant volumes of pre-sold, surefire topics in order to get a rise […] 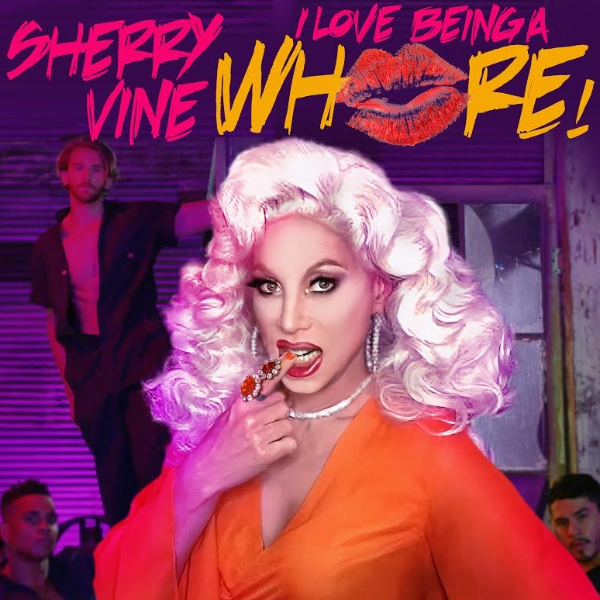 BY SCOTT STIFFLER | Iconic drag sensation Sherry Vine gathers no moss. While many of us spent the better part of the pandemic swilling alcohol and pigging out, Sherry spent her time doing… well, pretty much the same thing. But betting she’d soon see the days of brick and mortar showbiz again, she snapped out of it and got […]

Drag is the New Superstar on Pasta by Hudson’s Menu 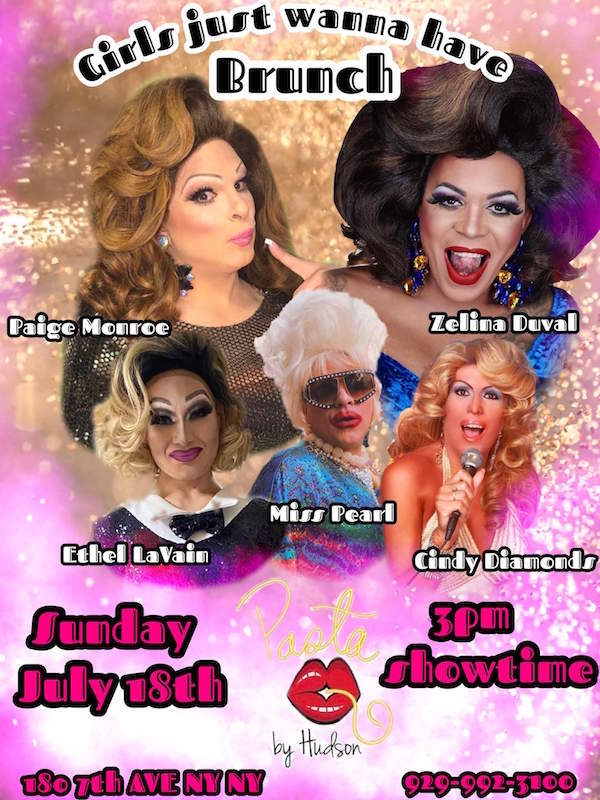 BY SCOTT STIFFLER When onetime triumphant Shark Tank contestant Brandon Fay chose a decidedly compact Seventh Ave./W. 21st St. storefront as the downtown dispensary for his exceptionally good pizza and pasta, it was another gutsy move that paid off big-time… in due time, that is. Pasta by Hudson’s Chelsea location opened in November 2020—a […] 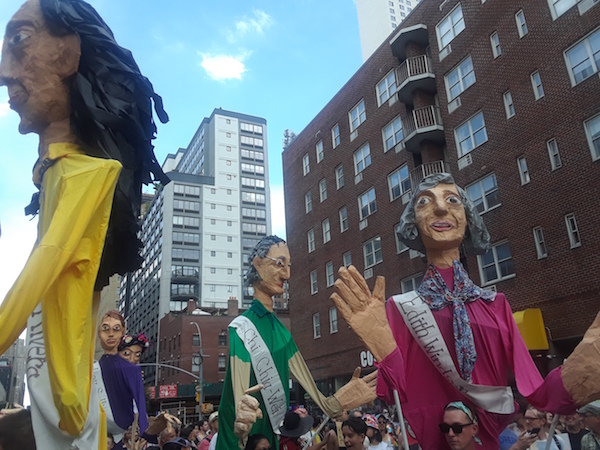 BY SCOTT STIFFLER | Seemingly airborne when seen from a distance, the 23-strong Pride Puppets contingant was greeted with cheers and applause as it snaked its way down Seventh Ave. and into the heart of Chelsea. That sort of thing happens when you’re 10 feet tall and wear a sash bearing names like Harvey Milk, […] 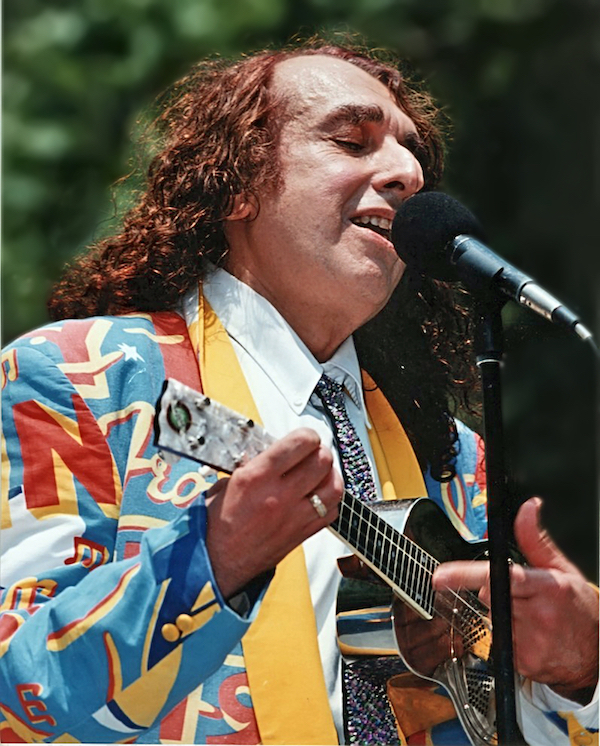 BY TRAV S.D. | In honor of Pride Month, we featured a classic performer for each of the five calendar weeks of June, sequentially matched with L, G, B, T, and Q. Check back with us next year, as our series picks up with “+” I, A, and beyond. Following up on previous posts […] 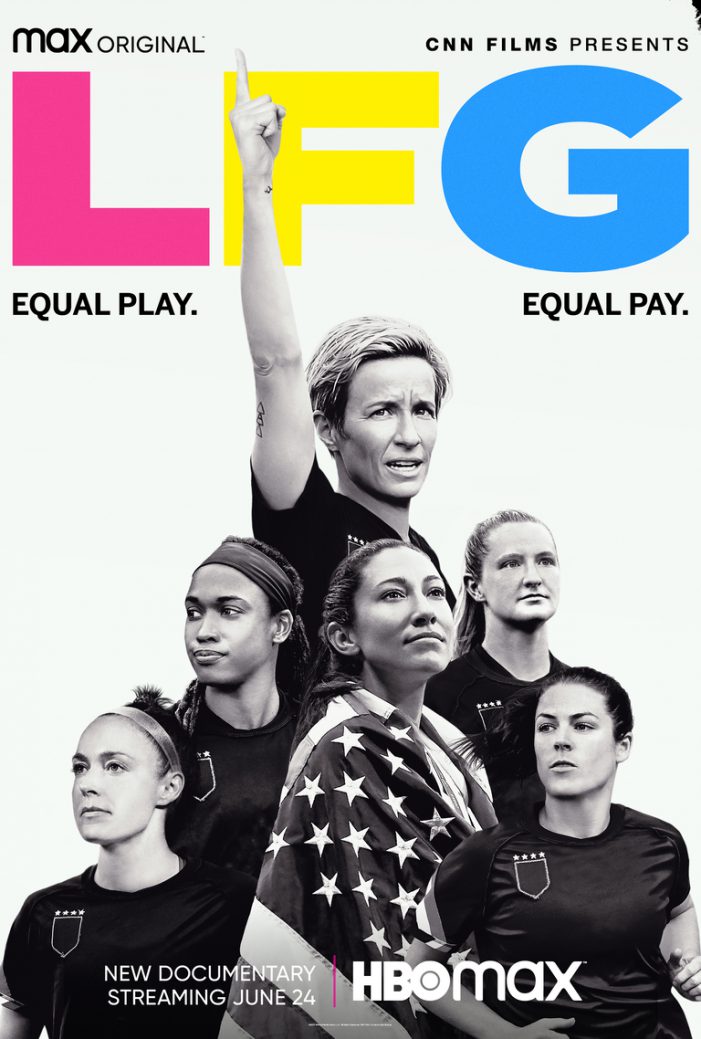 BY WINNIE McCROY | We’ve watched them win four World Cups and Olympic gold medals and cheered them with a ticker tape parade in New York City’s Canyon of Heroes. “Even though all these accolades sound incredible, we don’t get paid very much,” admits player Jessica McDonald, shown doing pushups with her young son clutched […] 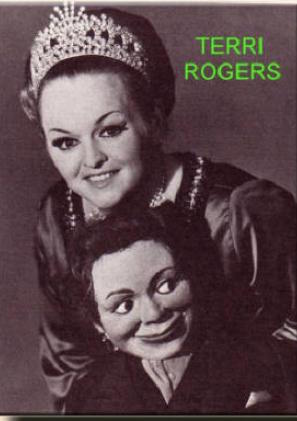 BY TRAV S.D. | In honor of Pride Month, we will be featuring one article per week on a different classic performer, one for each category: L, G, B, T, and Q! With only five weeks in June, that’s our limit. Check back with us next year, as our series picks up with “+” I, A, […]

BY WINNIE McCROY | When the pandemic shut down nightlife, filmmaker friends Elina Street and Erica Rose spent their evenings walking and talking, reminiscing about the things they enjoyed in the “before” times. Recalling a last drink shared at Brooklyn lesbian bar Ginger’s, the two began realized that even before the pandemic, the treasured dyke bars […]

Happy Pride! Here are the 10 Gayest Moments of My Life—So Far! 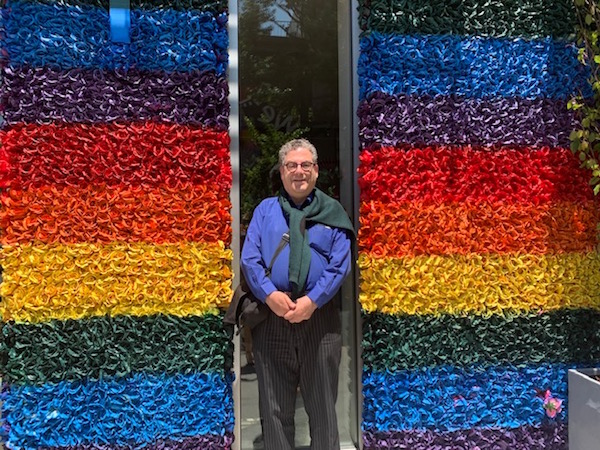 BY MICHAEL MUSTO | It’s Pride month, when LGBTQs celebrate and commemorate in a big way—and this year, we might even leave this house to do so. As one of the gayest of the gays, I will honor this year’s Pride by digging back into my lavender-tinted memories and relating the 10 gayest moments of […]