An Open Letter to New York City and State Leaders

Wanted: A Legal Protection for a Commendable Model

On May 22, 2019 Mayor Bill de Blasio signed Executive Order 47, one of the most consequential measures supporting the city’s community media industry, directing all city agencies to spend at least 50 percent of their annual print and digital advertising budgets on community media publications.

The initiative has been a resounding success, as shown in an independent report by the Center for Community Media (CCM) at CUNY’s Craig Newmark Graduate School of Journalism. In the fiscal year after the executive order was signed, New York City spent a record $9.9 million on community media publications, 84 percent of its total print and digital advertising budget. We were offered a lifeline as we saw city agency campaigns rolling in, many of us receiving them for the first time.

We are more than 230 print and digital publications serving communities in all five of the city’s boroughs, publishing in 37 languages. Without advertising from city agencies, many of us would not have survived the pandemic that saw so many businesses—who had advertised in and even distributed our newspapers—shutter across the city. Many of these businesses may not return, and now more than ever, we have an essential role to play in helping our readers survive and rebuild in the wake of this pandemic.

These public service campaigns reached vital communities of color and immigrant communities, in many languages, creating awareness about the resources available to them during the pandemic, guiding them on how to access critical services, and encouraging stronger civic engagement from an informed and responsive citizenry.

1. A renewed commitment from city leaders to continue the current policy of allocating at least 50 percent of the total print and digital ad budgets to the local community media, while maintaining a robust ad budget

2. City Council legislation to solidify this commitment and protect it from political or administrative changes

3. Effective implementation of the new legislation in its true spirit

We also ask that the New York State government and Legislature follow suit. Like the City, the State will also find the community media a necessary partner in building a more engaged society. 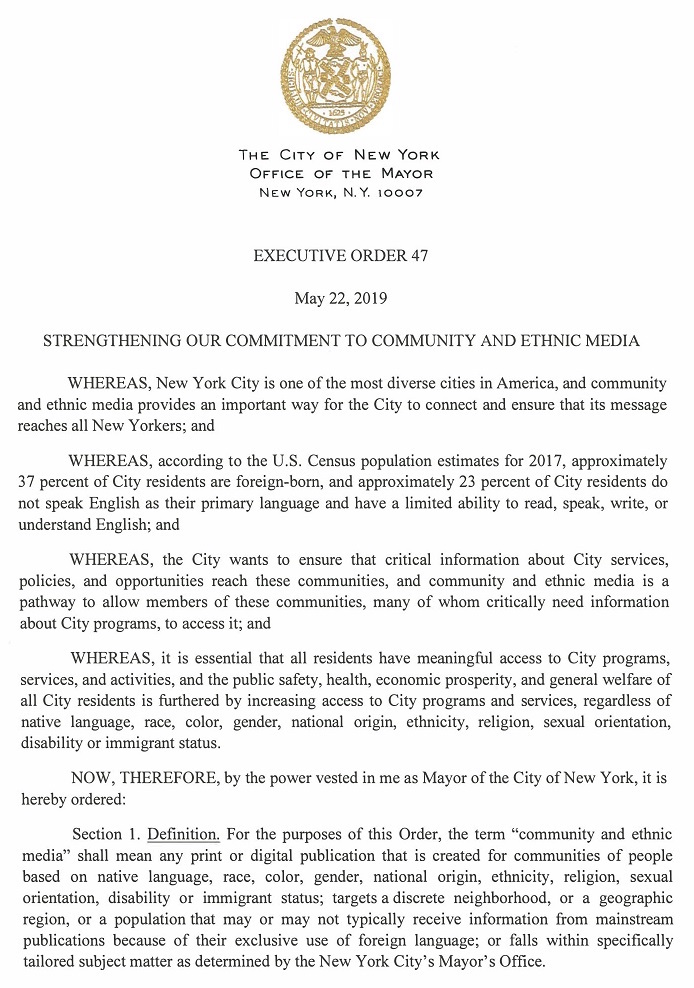 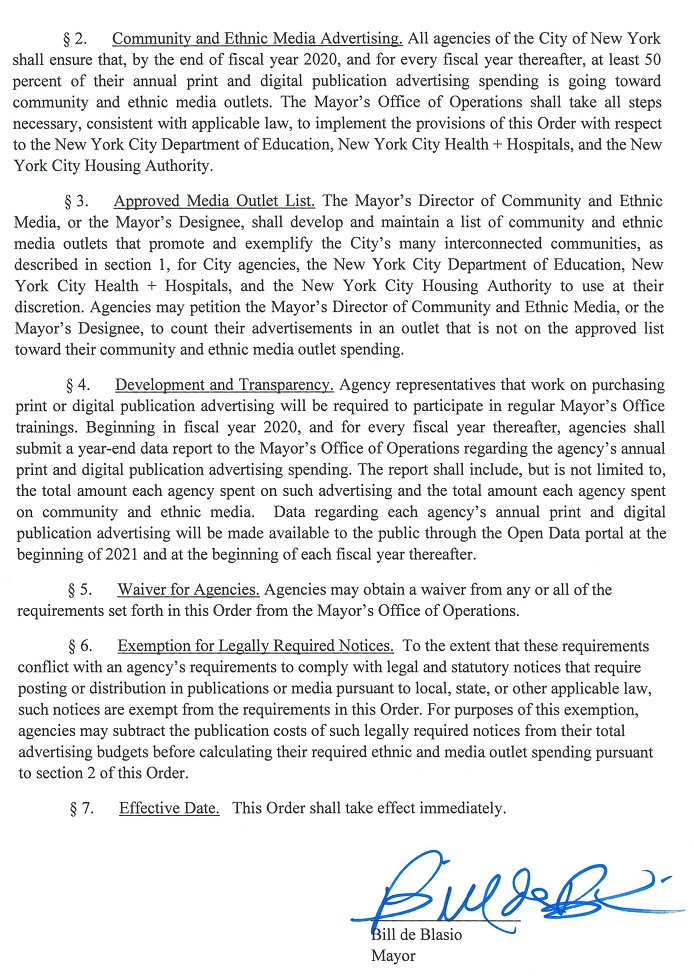