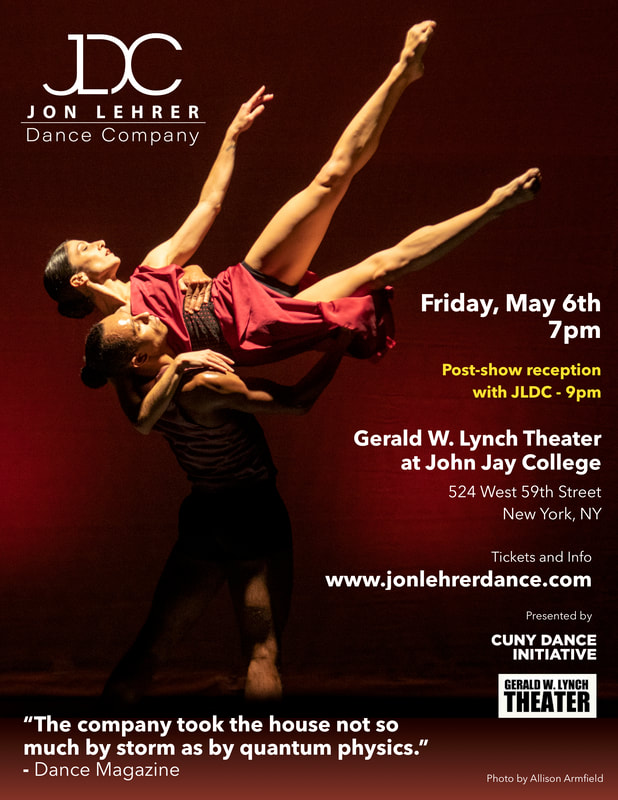 BY BONNIE ROSENSTOCK | It’s been three years since the eight-member New York-based Jon Lehrer Dance Company performed together in the Big Apple. On May 6, for one night only, they will bring their trademark kinetic athleticism to The Gerald W. Lynch Theater at John Jay College, with a just under two-hour program featuring a world premiere, four New York City premieres, and an old favorite.

As Lehrer explained, “I focused the program to be a very uplifting, happy program, full of excitement coming out of what everyone went through. I didn’t want to focus on the dark times, but show the outcome and perseverance.”

The world premiere, Through the Storm (2022), set to an original score by New York-based composer/musician Zeno Pittarelli, does get dark in intensity, Lehrer acknowledged, but it’s “very uplifting in the end.” Lehrer also restages Hearth (2010) for his three “wonderful” women apprentices to showcase their talent.

Lehrer bases all his choreography, movement, and teaching on physics in motion. “We don’t use dance terminology as much as we use physics terminology,” he said. “We talk about oppositional force, three-dimensionality, and circularity. But we aren’t throwing away dance technique at all, just heightening it by putting it into a huge bowl of physics.”