This Week’s “This Week in Chelsea”

Tuesdays in May: Howl Arts Presents Puma Perl and Friends | Howl! Arts Inc. is a nonprofit organization dedicated to preserving the past and celebrating the contemporary culture of the East Village and Lower East Side. This month, Tuesdays at 8pm, their Artist-in-Residency at Howl Arts program presents performing poet Puma Perl, so described because Perl, whose first of five books (Belinda and her friends) was published in 2008, began to collaborate with downtown musicians when giving public readings of her work. By 2012, she had formed the improvisational band Puma Perl and Friends. This residency reflects that journey, with spoken word and musical performances from writers and artists personally curated by Perl. Using material from Perl’s body of work, the four shows will reflect the author’s journey from street poet to published writer and seasoned performer. Chelsea Community News readers will recognize Perl’s name, as it appears pretty much every week via a fresh, new entry in our Writing the Apocalypse series, in which Perl uses poetry,  prose, and past incidents to document her life as a longtime Lower East Side resident living through the pandemic. As for the Howl Arts residency, here’s the schedule: Last week’s debut featured Nicca Ray. On May 11, Perl was joined by musicians Joe Sztabnik and Dave Donen, with intermission by Nicca Ray. On May 18, Perl’s guests are Joff Wilson and Seaton Hancock, with intermission by Jane Ormerod. The series concludes on May 24, with Perl and musicians Joff Wilson, Joe Sztabnik, and Dave Donen, with special guest Seaton Hancock. Intermission by Joff Wilson and/or Joe Sztabnik. For more information on this residency, click here. To view the program, which goes live at 8pm every Tuesday, click here. The most recent installment can  be viewed any time, via https://www.youtube.com/watch?v=5axtVJ-_8Nc.

Wednesday, May 26: The 10th Precinct Community Council Meeting (7pm, via Zoom)  | Yes, we are listing the May installment of this 9-times-a-year event so you have plenty of time to clear your schedule and, if you’re in a “sharpies” situatio9n, call dibs on the device that allows you to attend Zoom meetings. One week from today, it’s your last chance to catch a Community Council meeting, before it takes its usual June-August summer hiatus. Still on Zoom until Council President Larry O’Neill feels very, very confident in the science that says it’s permissible, you can get access the link tat the tail end of this listing. As always, on hand will be the 10th Precinct’s Commanding Officer, Capt. Robert Gault, whose anything-goes Q&A session is as zesty as the crowd that shows up with deep dive inquiries. Wonder what’s happening with the civil suit against a corner store charged with fencing, after plainclothed NYPD detectives made illegal transactions on the premises—twice? Want to know where the CO stands on the matter of a Citizen Patrol strolling the same streets as his officers? Get the skinny in seconds, as you ask Gault to tell you everything he can about how that “We [heart symbol] Chelsea” mural ended up on the eyesore building at W. 22nd St. and Seventh Ave. But the road you decided to travel down isn’t a one-way street. Ask for help, and you well may be asked to do what you can, in the form of spreading awareness, contacting your elected officials, or getting involved in some other such manner. Hey, you’re at the meeting, and that’s a good start. Just be glad this is Zoom and we’re not all gathered together in one brick and mortar location, like in the olden days… when people who showed up in a ratty bathrobe and no pants were likely to end up as one of those “Quality of Life” questions posed to Gault. To attend, click here. Meeting ID: 87668879166. Passcode: 927009. FYI: The 10th Precinct serves Chelsea, Clinton/Hell’s Kitchen South, and the Hudson Yards neighborhoods. The Precinct has three Sectors: A, B, and C, each with their own Build the Block presence whose area of coverage is, respectively, 14th to 21st St., 21st to 29th St., and 29th to 43rd St.  The 10th Precinct’s Community Affairs Office can be reached at 212-741-8226. The precinct’s main number is 212-741-8211. On Twitter: ‪@NYPD10Pct. On Facebook: www.facebook.com/NYPD10PCT. For the Community Council’s Facebook page, click here.

Saturdays, ran or shine, 9am-3pm: Chelsea Farmers Market | Now happening very Saturday from 9am to 3pm, Down to Earth Farmers Markets puts down roots in Chelsea, for a new season, albeit with a few notable changes brought about by the now-familiar realities of COVID-19. The Centers for Disease Control and Prevention (CDC) may say the fully vaccinated “can resume activities without wearing a mask or physically distancing,” but at the nine outdoor Down to Earth Farmers Markets peppered throughout Westchester, Brooklyn, Queens, and Manhattan, the protocols observed as you pick your peck of pickled peppers are pretty much the same as they were last year: Wear a mask that covers your ears and nose, leave six feet of space between yourself and the person in front of you, and no food sampling in the Market. For much more info on safety precautions and all of the good stuff the Market has to offer, click here for our preview of its opening day, May 15–and check this column around mid-week, when we’ll preview specific snacks, spirits, or must-have ingredients for a spectacular supper.

Free WiFi Comes to Chelsea Green Park | Access the whole wide world from the confines of a public green space that’s “small in size, big on options,” as its booster group likes to say. Now you can count free WiFi among the options, as noted in a recent email from Friends of Chelsea Green.

“We are grateful for a generous grant from Google, who has provided funding for this project,” said the Friends, noting the WiFi network is provided without cost to all who are using the park. “Feel free to share the password with friends and neighbors,” they said, urging parkgoers to join their email list for important info. “In order to keep the WiFi system running effectively, we may need to update the password occasionally,” they warned. Currently, all you need to know is the following:

Put on hold because of the pandemic, the Google-funded WiFi was announced at the July 25, 2019 opening of Chelsea Green—a day of sweet rewards for years of work, noted Chelsea Community News, in a report you can access by going to the park, getting on the free WiFi, clicking here, and learning or revisiting the rich backstory that shows you what can happen when likeminded Chelsea residents, true to form, don’t take “No” for an answer. Which begs the question: How did this park happen?

The short version: Friends of Chelsea Green came to that name late in the life of the park’s origin story. For years, they were known as Friends of W. 20th St. Park, advocates for a much-needed micropark between Sixth and Seventh Aves. The year was 2010, when early adopter (and de facto park papa) Matt Weiss saw possibilities every time he passed the abandoned NYC Dept. of Sanitation site at 120 W. 20th St. Stalwart supporter Sally Greenspan soon followed suit and, along with other likeminded “Friends,” saw their park project received $200,000 as the first-ever winner of District 3’s Participatory Budgeting process.  The NYC Parks also stepped up with funding, and construction began (after it went through a collaborative design process in which the Parks Dept. held scoping meetings, incorporating a wide range of community feedback and input on the flow, feel, and resources needed inside the park). Upon its July 25. 2019 opening, the park had been dubbed, by popular opinion, “Chelsea Green”–hence the Friends of a park on W. 20th St. became Friends of Chelsea Green.

As for the current state of affairs, these words of “caution” (rhymes with “fun,” which it facilitates, when properly applied:

IMPORTANT REMINDER: NO PETS | Neighbors, please remember that when dogs come into the park, they create problems for our visitors. We love our park, we love our dogs too, but please be respectful of each other and the rules, and take your dogs to a nearby dog park/run for their playtime.

We wish that Chelsea Green had space for dogs, but during development and the design stage by The NYC Parks Department, it was agreed that there simply was not enough room to include a dog run. The proximity of the playground and the oval to the rest of the park area, requires the city enforcement of the no pet rule, even for dogs on leashes. Thank you for your understanding and cooperation.

STAY SAFE | We ask that all park goers take extra precautions to stay healthy and safe. Please wear face coverings and maintain at least 6 feet of distance between yourself and others when outside and avoid congregating in groups.

SPRING FLOWERS ARE ON THE WAY | As the days grow longer, warmer and sunnier, we look forward to seeing you in the park. Spring flowers are starting to emerge. Please make sure your children stay in front of the railings; they are there to protect the emerging plant life.

Vaccine Site in Chelsea | The Fulton Community Center (119 Ninth Ave.) offers COVID-19 vaccinations Tuesdays through Thursdays. As of April 7’s opening day, NYCHA Elliott-Chelsea and Fulton residents were prioritized. As of April 12, access expanded to New Yorkers age 16 and over. This site is made possible by a partnership between Hudson Guild, Google, and Daybreak Health. Access this and other vaccination venues by visiting VaccineFinder.nyc.gov or by calling 877-VAX-4NYC (877-829-4692).

Garden Club of CCM-Seal Park |  From a recent email comes this good news: “Several members of the newly formed Clement Clarke Moore-Seal Park Garden Club met Sunday, March 14, for a spring cleanup inside the park as well as the tree pits around the park. Many thanks to neighbors Phyliss Waisman, AJ Michel, Laura Solimene, Maria La Macchia and Allen Oster. The Garden Club is looking forward to improving the plantings inside the park and surrounding tree pits and working with NYC Parks and the W400 Block Association to make our beautiful Chelsea park oasis even more enjoyable for all. We welcome new members and if interested in joining, please contact Allen Oster at aoster@earthlink.net.” 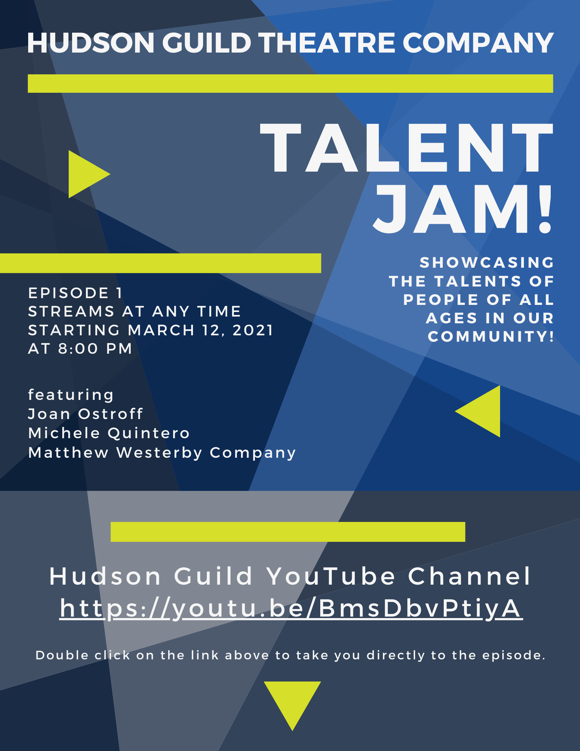 Chelsea Community News is made possible with the help of our awesome advertisers, and the support of our readers. If you like what you see, please consider taking part in our GoFundMe campaign (click here).To make a direct donation, give feedback, or send a Letter to the Editor, email scott@chelseacommunitynews.com.